Several recent high-profile discrimination cases involving university professors highlight the continued disparity in pay between male and female academics. According to 2018 data from the Chronicle of Higher Education, female professors at Princeton University earned approximately $235,000 to the male professors’ $253,000.

Despite these findings, the university claims to have no significant disparities in pay between genders. Even so, Princeton agreed to pay nearly $1.2 million to resolve pay inequity of more than 100 female employees. 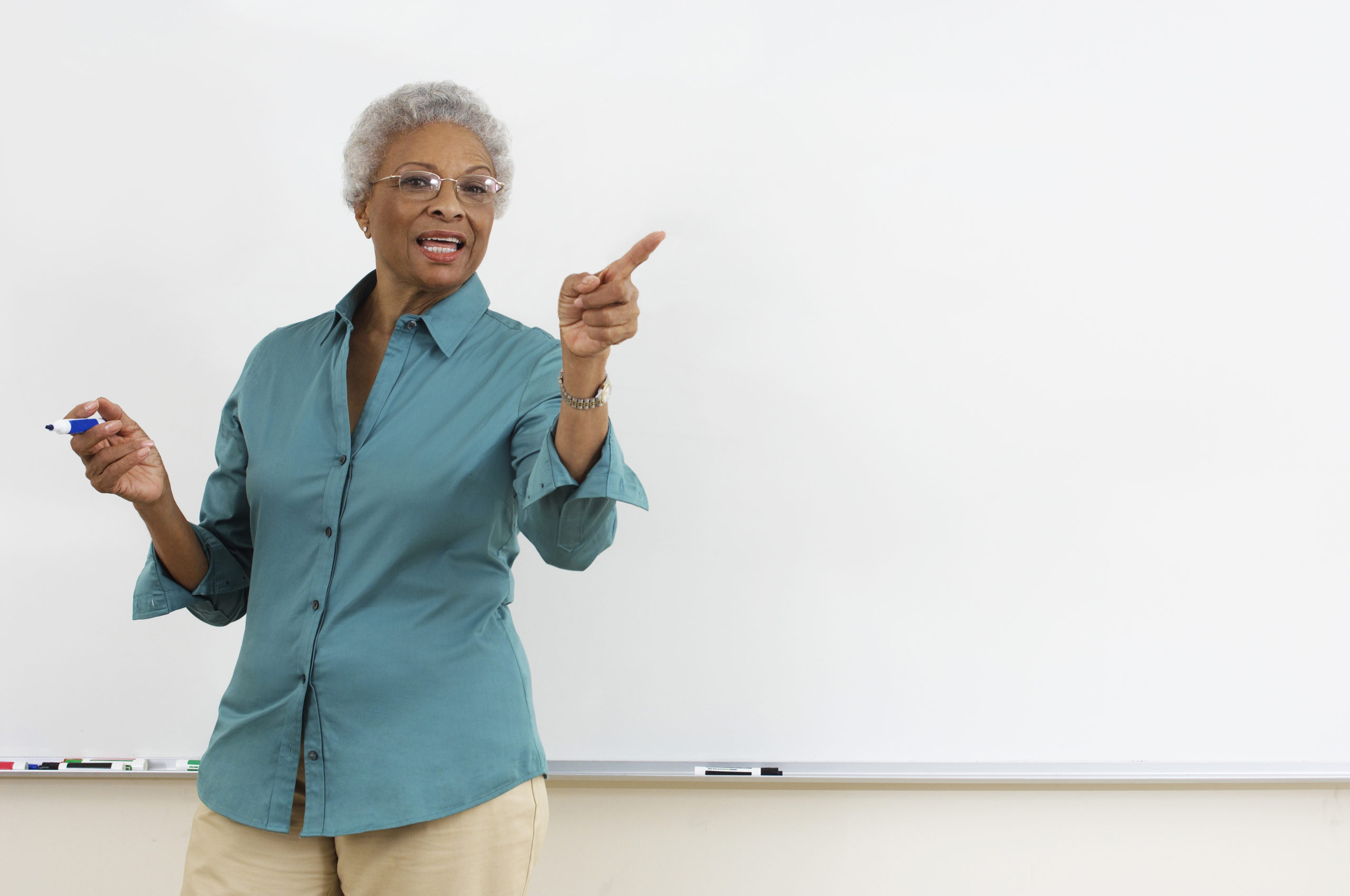 These recent cases prove that we still have a long way to go before workplace gender discrimination and pay inequity become a thing of the past.

At Madsen, Prestley & Parenteau LLC, our highly-skilled legal team has extensive experience with all types of workplace discrimination, including aspects of discrimination that are unique to college and university professors.

If you are a professor who has faced workplace discrimination at your college or university, contact us today at (860) 246-2466 for a confidential consultation about your case.

In December 2018, a federal lawsuit was filed against the Arizona Board of Regents on behalf of University of Arizona professor Katrina Miranda and all of the institution’s College of Science female faculty members. The board has agreed to pay Miranda $100,000.

Also in 2018, the University of Denver agreed to a payout of $2.6 million to settle a gender discrimination lawsuit filed on behalf of law professor Lucy Marsh and six other professors at the school’s Sturm College of Law. The lawsuit against the university came after Marsh learned that she was the lowest-paid professor, despite being the second-most experienced. In addition to the financial settlement, the school was required to increase training on employee discrimination and hire an economist to study staff wages for a minimum of five years.

A pre-trial settlement was reached between four Northern Michigan University professors and the institution following a 2019 gender discrimination lawsuit in which the female professors alleged that they “suffered gender discrimination and disparate pay compared to their male colleagues.” The school has agreed to pay $1.46 million to settle the lawsuit. One of those professors, Karin Stulz, wants to encourage others to come forward.

“We have been fortunate to have friends, family and complete strangers stand by us and our cause for equal pay for equal work. We hope to inspire others to pursue justice,” said Stulz.

Madsen, Prestley, & Parenteau LLC is currently representing a female professor in a gender discrimination and sexual harassment case against Yale University. The university denied the professor tenure after she spoke out about sexual harassment she had suffered at the hands of another Yale professor. Although the university filed a summary judgement motion to dismiss her claims, the case has been cleared to go to trial.

How are Women Discriminated Against at Universities?

The reality is, gender-based pay discrimination remains a serious issue across all U.S. industries. In 2018, a routine evaluation conducted by the U.S. Department of Labor’s Office of Federal Contract Compliance Programs revealed a whopping 753 allegations of pay-related gender discrimination. As a result, health insurance company Humana agreed to pay $2.5 million in back wages.

But female professors are at a particular disadvantage, as are other female workers employed in male-dominated industries. Unequal pay and sexual harassment are the most prevalent forms of discrimination faced by female university professors. But gender-based discrimination can take myriad forms, including discriminating against women based on pregnancy, raising children, or having to care for sick family members.

Although wage discrimination is often related to gender, professors can be victims of wage discrimination based on race, age, disability, religion, and membership in any other protected category. In fact, race-based wage discrimination is also strikingly prevalent. A Georgetown University study revealed that white Americans are disproportionately employed in better jobs than their black and Latino counterparts, regardless of education levels.

Under the EPA, jobs do not have to be identical, but they do have to be substantially equal with regard to job content. And the EPA doesn’t only apply to salary; it also includes bonus pay, overtime pay, stock options, life insurance, vacation / holiday pay, benefits, and even reimbursement for travel and other expenses.

Gender gap is the term commonly used to explain the disparity in pay between men and women. But what is the actual gender gap? How much do women earn compared to men? According to a 2016 Pew Research study, women earn 83 cents for every dollar earned by their male counterparts.

Although women in all industries can be victims of workplace gender discrimination, certain discrimination issues, such as those impacting tenure decisions, are unique to university professors. When a professor is tenured, he/she gains greater work and academic freedom, job security, and generally, a much higher salary. As such, professors often go through rigorous requirements to become tenured professors. So when an individual believes that he/she is being denied tenure due to sex, race, or religion, for example, the professor may decide to file a discrimination lawsuit.

In a recent tenure-based discrimination lawsuit, Dr. Tatyana Sizyuk, a professor at Purdue’s School of Nuclear Engineering, is accusing the school of giving preferential treatment to Asian and male colleagues with regard to tenure and other promotions. Sizyuk is suing for tenure, lost wages and benefits, and other damages.

There are multiple federal and state protections against wage discrimination faced by university professors in Connecticut. If you believe that you have been the victim of employment discrimination by a university or college employer, it is in your best interest to consult with a CT employment law attorney immediately.

Title VII of the Civil Rights Act of 1964 strictly prohibits workplace discrimination on the basis of race, religion, sex, and nationality. Gender-based employment discrimination, which falls under the protected category of sex, is therefore illegal. As a result of these protections, employees and job candidates cannot be treated differently in the workplace, or during the application process, based on any of these reasons. Wage discrimination is certainly included in these protections.

But even though workplace discrimination is illegal, it still happens regularly. Employers get away with discriminatory practices because they are often easy to conceal, and because employees can be scared to speak up, fearing retaliation (which is also very, very illegal).

Filing a Discrimination Claim Under Title IX in CT

Professors also have the ability to file a discrimination claim under Title IX of the Federal Education Amendments, which holds that “no person in the United States shall, on the basis of sex, be excluded from participation in, be denied the benefits of, or be subjected to discrimination under any education program or activity receiving Federal financial assistance.”

Any college or university employee who has been the victim of discriminatory actions by their employer, is likely eligible to bring a discrimination claim under Title IX, as it applies to educational programs and activities that receive federal funding. Although Title IX is more commonly used in discriminatory behavior toward students, professors are also covered. An experienced CT discrimination attorney can help you determine how to proceed.

In addition to federal protections, professors in Connecticut are protected from workplace discrimination by state law. The Connecticut Human Rights and Opportunities Act prohibits employers from discriminating against employees and job applicants due to:

In today’s climate, most employers are well aware that they cannot overtly harass or discriminate against an employee because of his/her race, religion, sex, or association with any other protected category. Without hard evidence of blatant discrimination, victims are often reticent to report harmful behaviors. In addition to concerns that their claims will not be taken seriously, professors may also fear retaliation.

Connecticut Attorney for Discrimination of Professors and Teachers

At Madsen, Prestley & Parenteau LLC, our highly-knowledgeable discrimination team will thoroughly analyze the details of your case to determine if you have a viable legal case. If so, we will help you gather the evidence needed to substantiate your claim, ensure that you can benefit from the many protections available under state and federal law, and position you for the most favorable outcome possible.

Whether you are facing discrimination on the basis of race, sex, religion, gender, or for any other reason, the skilled legal team at Madsen, Presley & Parenteau LLC can help. We have been protecting the rights of CT professors and teachers for more than two decades, and we have an impressive track record of obtaining substantial settlements in a timely manner.

Serving Hartford, New London, and the surrounding areas, we will work tirelessly to protect your rights, job, and reputation. Contact Madsen, Prestley & Parenteau LLC today at (860) 246-2466 for a confidential consultation about your case.