The Gender Wage Gap: What Is It, And What’s Being Done About It?

The Equal Pay Act (EPA), a federal law requiring employers to pay women and men equally for the same job, was passed in 1963. In addition to protecting both men and women from sex-based discrimination in pay rates, the EPA was intended to resolve the significant wage disparity suffered by female workers at the time. Although this wage gap has narrowed since 1963, it remains a serious problem.

It is a disturbing reality that in 2021, the gender wage gap is still a very real obstacle for women in workplaces across the United States. And Connecticut is certainly no exception. Fortunately, growing awareness of this issue has led to an increase in legislation to rectify the gender wage gap, as well as the establishment of corporate policies promoting gender equality among some of the nation’s largest employers. Still, much work remains.

Madsen, Prestley & Parenteau LLC has been advocating for the rights of employees in Hartford, New London, and the surrounding areas for more than two decades. We have helped countless victims of gender-based employment discrimination obtain the compensation and justice they deserve. Contact a CT discrimination attorney today to determine how to proceed. 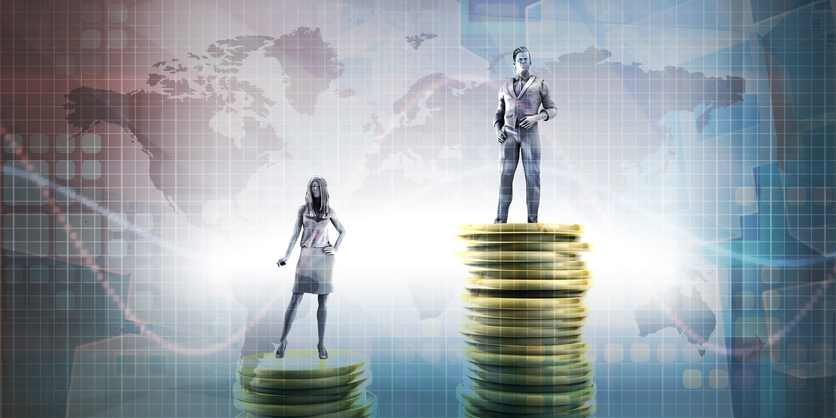 What Is The Gender Wage Gap?

The gender wage gap refers to the notable difference between the earnings of men and women in the workplace. In CT and across the country, this gap remains more than 50 years after the passing of the nation’s Equal Pay Act. Based on data from the Census Current Population Survey in 2019, women made 82.3 cents for every dollar made by their male counterparts.

The percentage of women in the labor force has grown exponentially over the past 50 years. But despite making great strides toward pay equality, women continue to earn significantly less than men, and this is particularly true for women of color. If you believe that you are being paid less than your male counterparts performing the same, or a similar job, it is in your best interest to speak with a CT employment law attorney experienced in pay equality today.

Determining the underlying cause of gender inequality in the workplace, particularly the gender wage gap, can be difficult. According to the results of a 2017 Pew Research Center survey, gender discrimination likely contributes to the discrepancy in wages for women. Approximately 42 percent of the women surveyed said they had been discriminated against based on sex.

Motherhood and maternity/childbirth also have a measurable impact on women’s long-term earnings, with about one-quarter of women reporting that maternity leave had a negative impact on their job.

Most importantly, however, House Bill 6380 enhances existing protections against gender-based pay discrimination. While it was previously unlawful to pay employees “at a rate less than the rate at which the employer pays wages to employees of the opposite sex for equal work on a job,” the new law makes it unlawful to pay less “for comparable work on a job.” This important distinction will factor heavily into gender-based pay discrimination in Connecticut going forward.

In addition to the hard data showing that women, as a whole, continue to earn less than men for the same job, there are also fewer women in certain occupations, making it even harder to close the pay gap in those industries and positions. Examples of industries and jobs which continue to be dominated by men include CEOs and full professors, medicine, politics, and the tech industry. Interestingly, pay disparity seems to get higher with added job responsibility and is lowest for entry-level positions.

Multiple studies have shown that when two identical resumes are submitted—one with a male name and the other with a female name—the resumes with male names received a significantly higher number of callbacks. In fact, some of the employers surveyed reported concern that a female candidate with a high academic average may be “less likable” than those with lower academic averages.

These results are disturbing, to say the least. Fortunately, we live in a time when lawsuits involving gender-based discrimination are no longer being met with indifference. With an experienced discrimination lawyer by your side, it is more than possible to rectify your personal wage gap, obtain substantial compensation for what you have been through, and protect other employees from enduring the same. We no longer live in a time when women in the workplace have to suffer in silence. There is help.

Getting Help From Gender Discrimination Lawyers

At Madsen, Prestley & Parenteau LLC, our highly skilled employment discrimination team will thoroughly review your situation to determine if you have a viable case against your employer. Serving Hartford, New Longdon, and the surrounding areas, our discrimination lawyers have an impressive track record of obtaining the results our clients want.

Contact Madsen, Prestley & Parenteau LLC today for a confidential consultation about your case.